Upon their arrival, the guests were able to discover the Château TrotteVieille in a new light : outside and inside ; the building with the fermenting room, the tasting room and the wine-tasting cellar has been enlarged and completely renovated. A new cellar has been built under the terrace of the Chateau and the exteriors have also been reorganized.

The new GalileOak spherical vat had its effect on the guests. In addition to having a special shape, it has a 360° rotation system that will allow the Very Old Vines of TrotteVieille a very smooth winemaking. 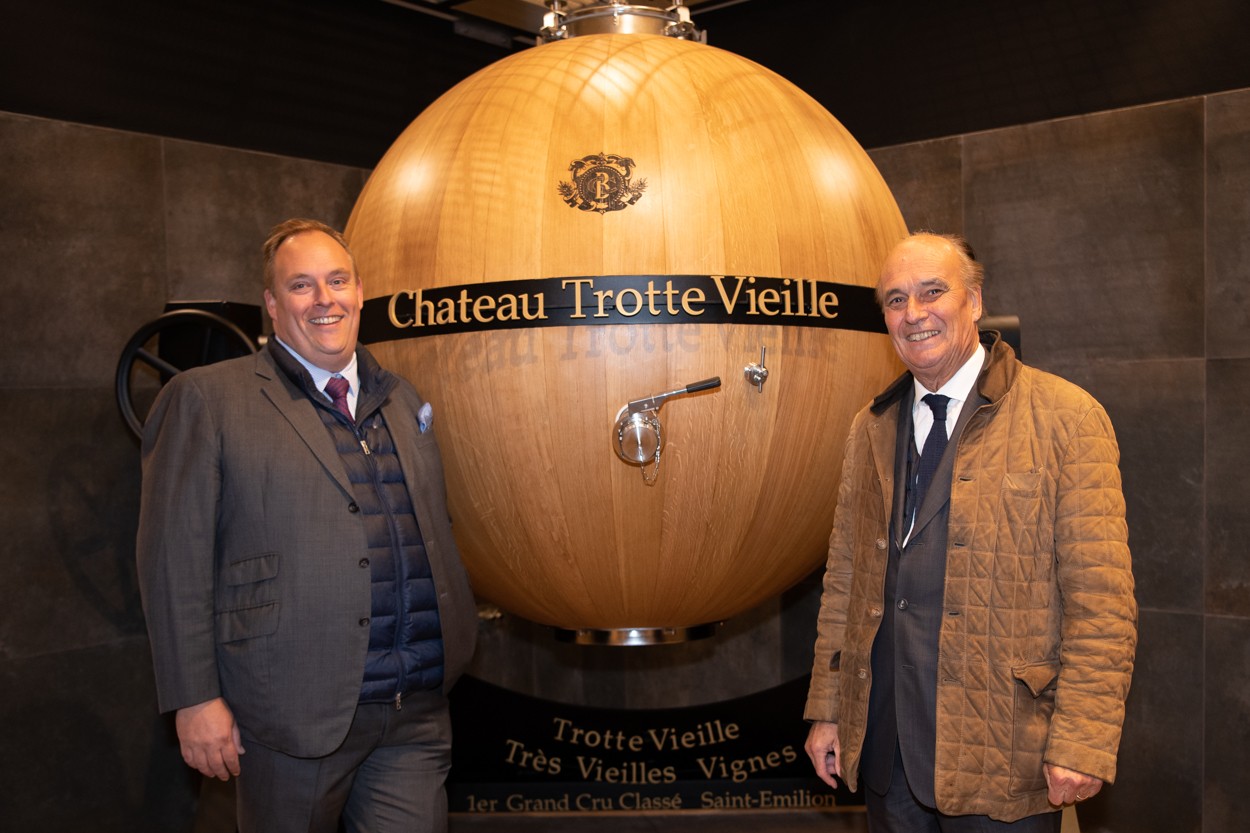 Then, the Castéja family, the Château team and the guests gathered for a glass of champagne from Veuve Clicquot 2012, a desire of Philippe Castéja to honour the ladies during this evening, in reference to the Old Lady of TrotteVieille.

Philippe Castéja delivered a speech in which he shared his love, and that of his Family, for TrotteVieille «Our Family’s relationship with TrotteVieille is a long love story» and presented his story and in particular the firm favourite of his grandfather, Marcel Borie, in 1947 for the Château TrotteVieille, which marked the beginning of this great love story. The Chateau team was brought to light at the end of his speech. 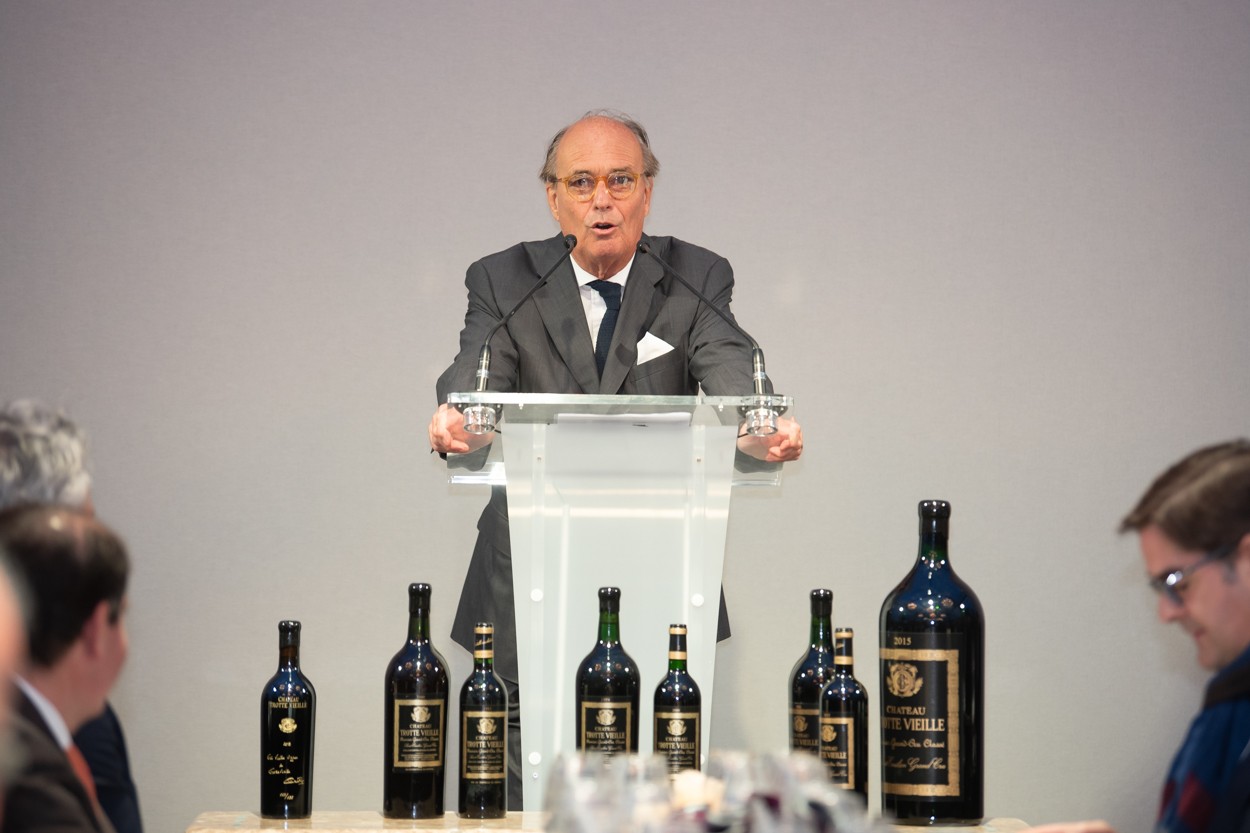 Following the speech, beautiful bottles were served during a dinner placed : Chateau TrotteVieille 2015 and 1961, 2000 and 1959, 1983 and 1949 and the Very Old Vines of Chateau TrotteVieille 2018. The gourmet menu, prepared by the Michelin-starred Chef Christian Le Squer of the famous restaurant le V in Paris, perfectly accompanied the wines of the Château and enhanced this striking so called « TrotteVieille style ».

The opening night of the new installations at Château TrotteVieille was rich in discovery both visually and in taste.

You can find out more about which cookies we are using or switch them off in settings.

This website uses cookies so that we can provide you with the best user experience possible. Cookie information is stored in your browser and performs functions such as recognising you when you return to our website and helping our team to understand which sections of the website you find most interesting and useful.

Strictly Necessary Cookie should be enabled at all times so that we can save your preferences for cookie settings.

If you disable this cookie, we will not be able to save your preferences. This means that every time you visit this website you will need to enable or disable cookies again.